Beginning in 2020, students in Denmark will have a new technology and innovation class aimed at preparing the nation’s children with skills they need to succeed in the future. In the Danish municipality of Rødovre, they were looking to take it a step further by creating a unique technology-infused learning space for students. Incorporating the Samsung Flip into this “Tek-X” provided an important visual technology that was easy to use and integrated seamlessly with existing devices to encourage collaboration and creative thinking. After an initial trial with one unit proved to be a resounding success, they decided to incorporate several additional interactive Flip displays into the space.

Right technology and tools to encourage collaboration and creative thinking

In Denmark, schools take technology and innovation very seriously. The municipality of Rødovre needed to fi nd the right technology and tools to encourage collaboration and creative thinking, therefore created a space called “Tek-X”, offering “Innovation and Technology” classes across Denmark, starting in 2020. The space included everything from 3D printers and CAD computers, to green screens and mini robots because they wanted an innovative solution that would not only allow the children to visualize and coordinate, but something that could integrate with the rest of the technology already in the space.

Easy to use, easy to view

Since the technology was meant to be used by kids, the displays had to be easy to use — and set up could not have been simpler. After a simple plug-and-play instillation, students soon found the Flip would turn on when approached and they could simply pull out the pen to get started. In fact, with its intuitive navigation features and touch display, they’ve seen kids as young as 6-years-old, simply walk up and start using the Flip without a problem.

It was very important that they could take the displays and put them anywhere they wanted in the learning environment. The Flip’s wheel-based stand and ability to position horizontally and vertically was a core feature so that students weren’t constricted to sit in a specific way when they were learning. The wanted an innovative solution that would integrate easily with the rest of the technology in the space and allowed users to create content for everyone to view. The Flip allowed them to share content from other devices with HDMI, a USB port, network drive or even screen mirroring a personal cell phone or tablet. It could even project content to another large display for larger groups of students.

Additionally, the Flip’s UHD picture quality provided high-resolution images and true-to-life graphics for which made it easy to see from various angles. Students were able to create content for everyone to view when they worked in groups, and teamwork was seamless since multiple students were able to use the display simultaneously. 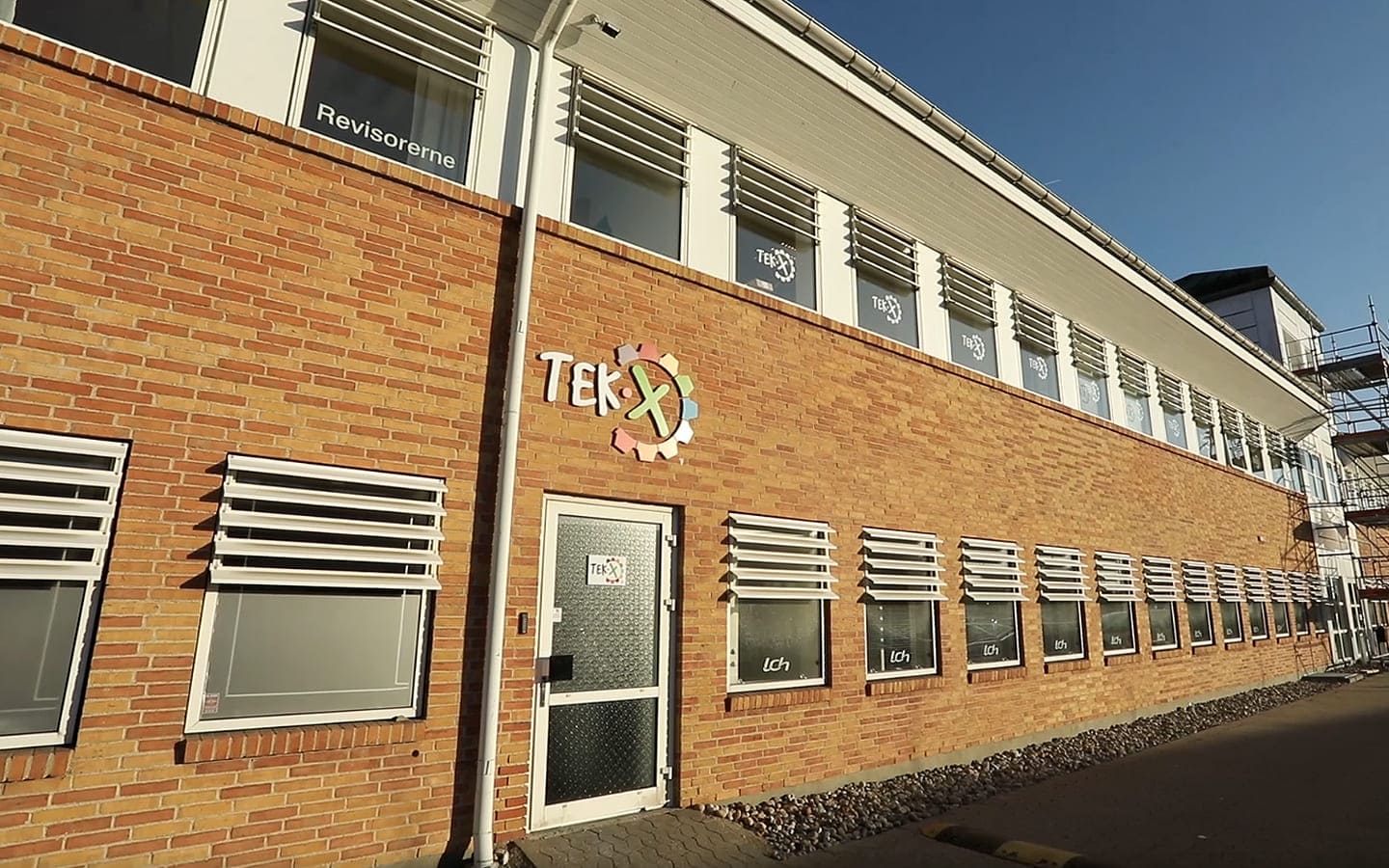 Familiar feel, unlimited learning for students of all ages

The goal when creating the space was to encourage collaboration and creative thinking. An important part of that process involved kids drawing things out. In an education environment, the Flip takes the idea of the antiquated chalkboard or whiteboard, and updates it for the modern, technology-focused classroom for teachers and students.

Even with its cutting-edge functionality The Flip’s pen and advanced display technology allows for a natural pen-to-paper feel that students of all ages are accustomed to. Students and educators can easily change color, styles and font sizes without the concern of running out of paper our supplies. Kids can pull up images, take notes right on the screen, draw, erase, connect it to their computers — whatever they want to do to turn their ideas into reality. 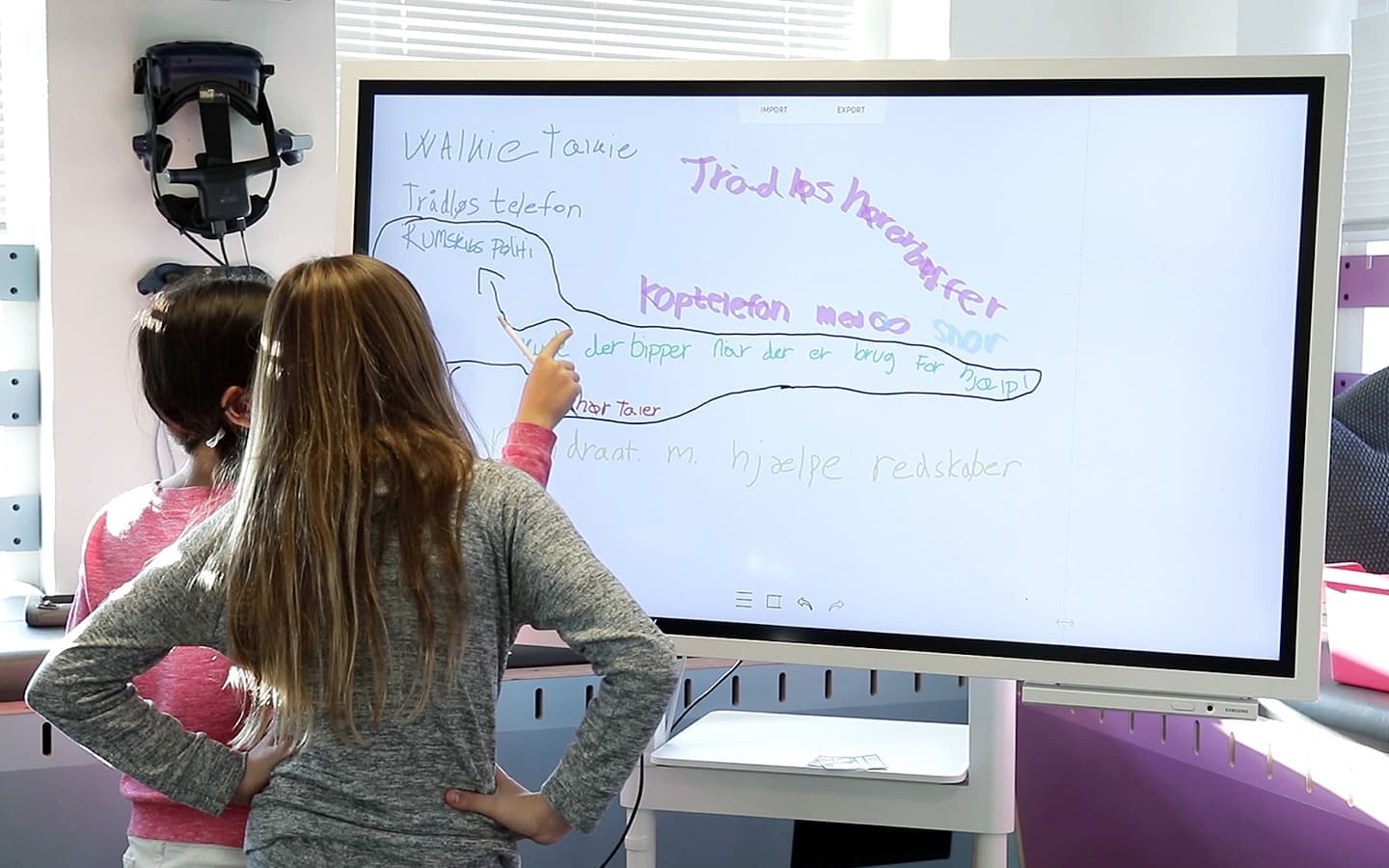 The way that it’s actually used and implemented makes it really good because it’s very intuitive. It’s really easy to set up, it’s really easy to use. And that is a key factor for us because we won’t allow time-constraining technology

Samsung Flip transformed how their students collaborate and learn together

Rødovre Kommune found the perfect interactive display for their technology-focused learning space. The Flip is easy to use for all ages and works seamlessly with other devices. It has transformed how their students collaborate and learn together. By utilizing the best tools available to help their students be better-prepared for the future, the Flip is helping to showcase what the future of education could look like in Denmark. Smart Signage accelerates the full digitalization of McDonald’s drive thru