Gangnam-daero is the bustling center of modern-day Seoul with a daily footfall of over one million visitors and about three million tourists a year. It is now attracting attention for its remarkable transformation as a global landmark. December 2016, Gangnam-gu renewed a total of 18 superannuated media poles to create a Street of Light, measuring the 450m distance from Exit 11 of Gangnam Station to Sinnonhyeon Station. The “Street of Light” features a fantastic light show every night, covering the night-sky of Gangnam-dearo with beautiful lights. The spectacle is made even more vivid, brilliant and special with the use of “Samsung SMART Signage” that Gangnam-gu recently implemented.

Excellent outdoor display, always bright on clear days and at night, no matter what the external conditions are

The 12m-high medial poles that are installed at a distance of 5m from each other deliver a magnificent cityscape in harmony with the high-rise buildings of Gangnam-daero. One of the most eye-catching feature in the newly-installed medial poles is “Samsung SMART Signage”. Two “Samsung SMART Signages’ are installed to the lower side of each media pole at eye level, showing vivid and clear cultural and artistic images, including music videos, digital image ads with high brightness of 2,500nit¹). Thanks to a built-in quad-core media player, it is allowed to play a video or image without a separate computer, making it easier to manage content. In addition, the Signages provide real-time news updates about the city of Seoul and Gangna-gu Office, and can also be used to deliver public announcements. After the sun goes down, the display of “Samsung SMART Signage” shines even more brightly. From 7 p.m. To 11 p.m. (8 p.m. to 11 p.m. for the summer season) on the “Street of Light,” there is a beautiful beam-light show with a magical mix of beam lights, media art and music every hour on the hour for 10 minutes. “Samsung SMART Signage” can be used around the clock thanks to its strong durability, never losing its brightness at night. It catches people’s eyes by delivering fantastic media art of every sort and kind. 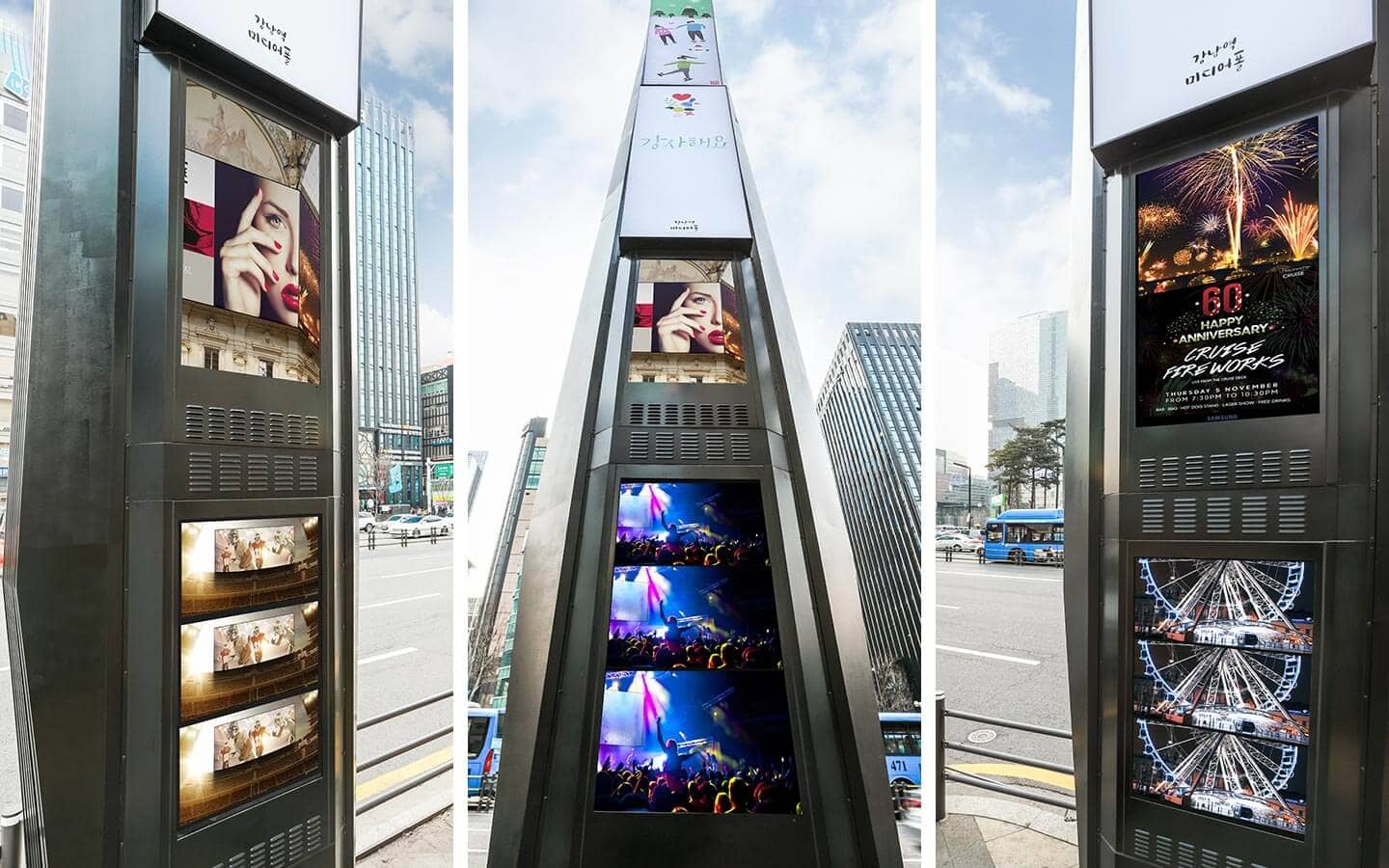 Next to Exit 11 of Gangnam Station, where the “Street of Light” starts, there is a “Gangnam Square,” a complex cultural space with a space stage and large video wall. The large video wall composed of a total of 9 “Samsung SMART Signages” shows diverse content, including interviews with Hallyu (Korean Wave) stars and fashion show videos, and is used as a cultural space for the public. Even in the outdoor environment, where sunlight is strong, “Samsung SMART Signage” with high visibility shows various content with vivid colors. “Images with vivid colors on the large video wall naturally caught my eyes. I enjoyed watching videos of my favorite Korean actors, and took a picture with my friends,” said a foreigner who was watching videos on the large video wall in the “Gangnam Square.” 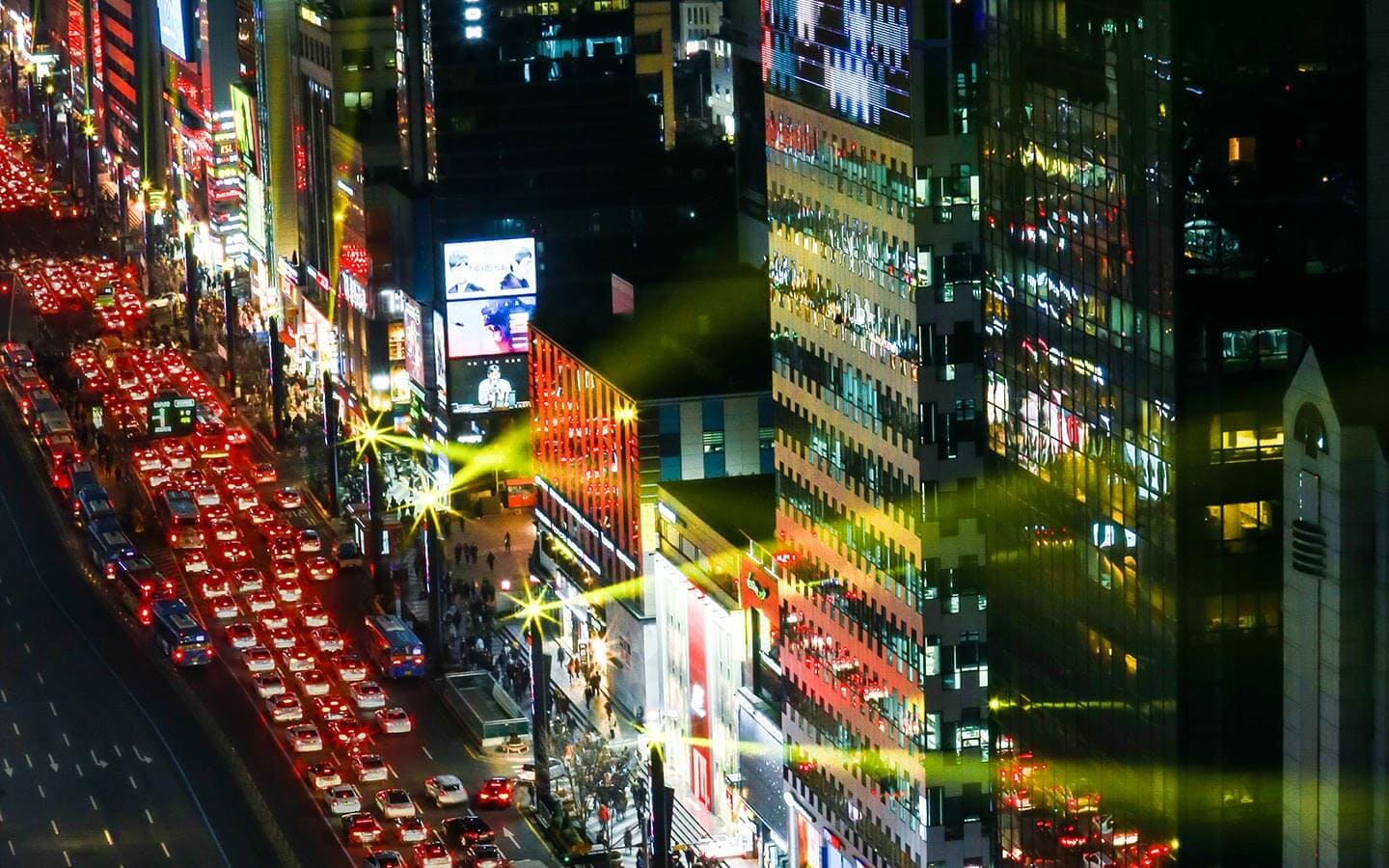 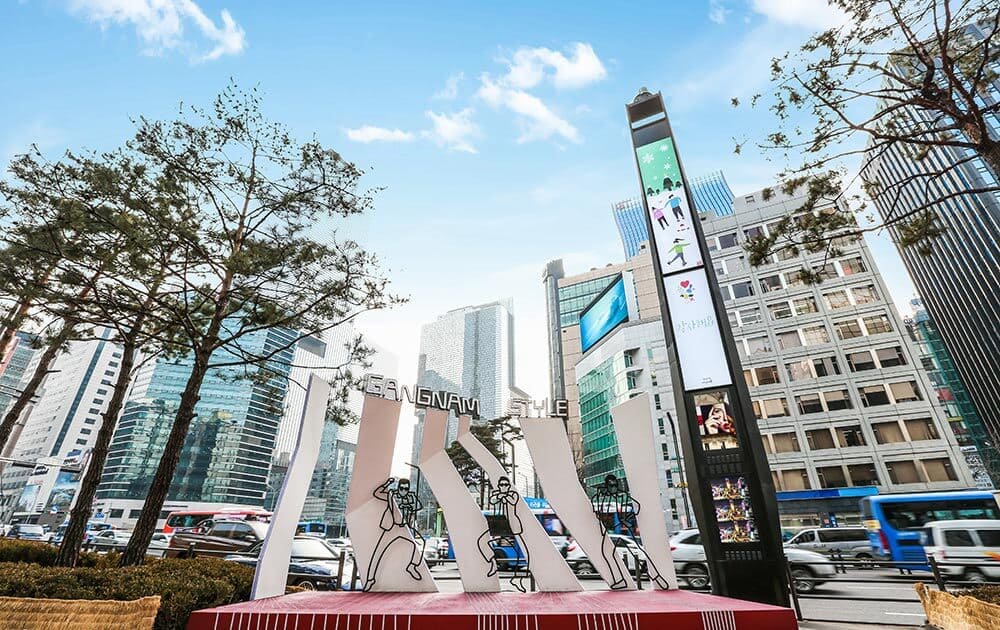 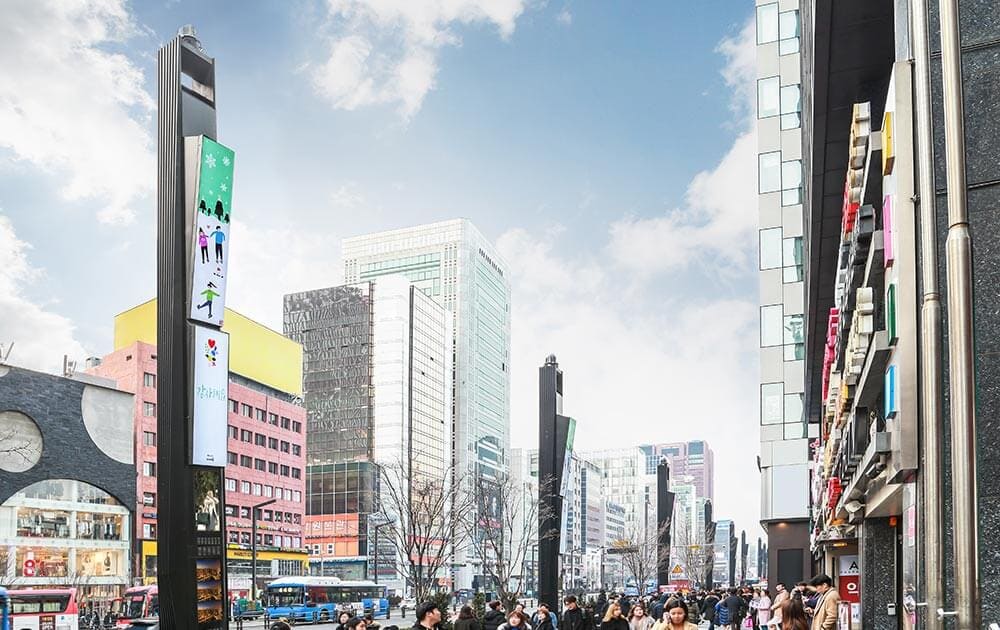 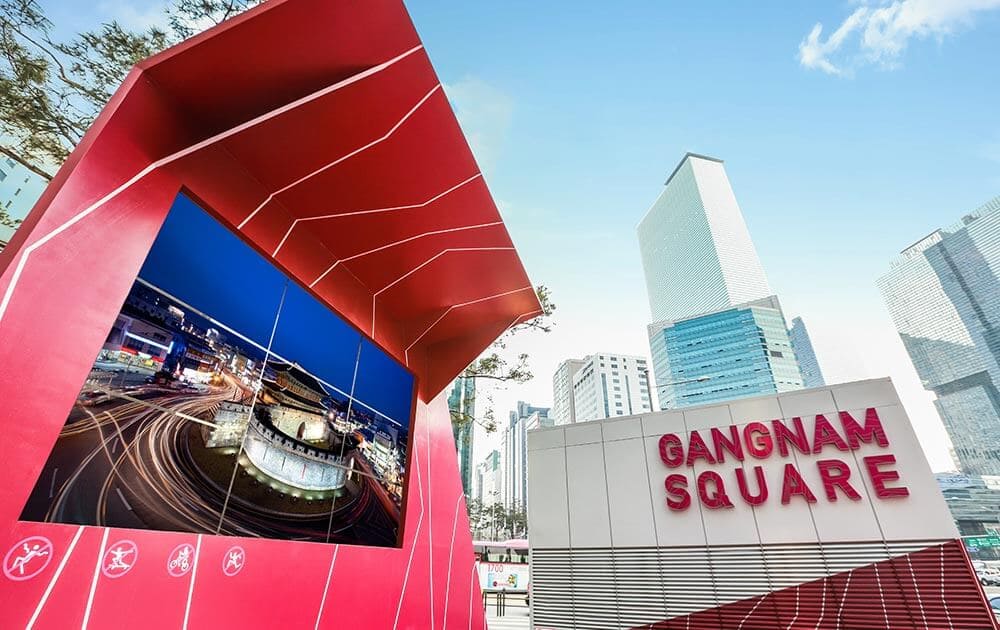 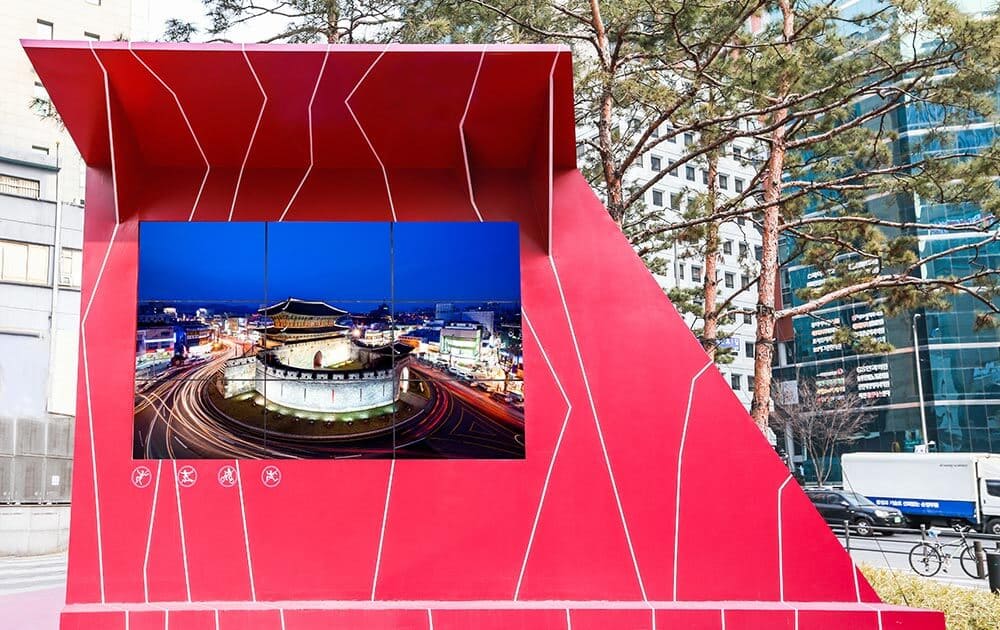 The “Street of Light” was a major project that Gangnam-gu took the greatest care and chose as one of the top 10 news in 2016. The public loves the festival of light that is held every night on the “Street of Light”. An official from Gangnam-gu Office expressed satisfaction and said, “The creation of ‘the Street of Light’ is a meaningful step forward making Gangnam-daero a global tourist attraction,” and “Thanks to the display of ‘Samsung SMART Signage,’ which realizes vivid images under any circumstances, we have been able to make the ‘Street of Light’ more beautiful and colorful.” “Samsung SMART Signage” offer fantastic things to watch, including diverse digital content and beam-light show, and this will increase the brand value of Gangnam-gu as a cultural and tourist center.