“The Miracle of an Abandoned Mine Astonishes the World.” Gwangmyeong Cave (Gwangmyeong-si, Gyeonggi-do) has become Korea’s foremost cave-based theme park, and even hailed as a miracle. This is because only a few years ago it was just an abandoned mine that had been used as a storage site for salted shrimp for four decades; yet, now it is transformed as a complex cultural space. In 2011, when Gwangmyeong-si began to develop this abandoned mine, there were a lot of concerns, but it achieved much more than expected. In 2015 alone, Gwangmyeong Cave drew more than 1 million tourists, recording more than 5 billion won in sales revenue and creating around 200 jobs in the region. The space used to be a product of the painful Japanese colonial times, as well as a symbol of modern industrialization, but it was transformed into a urban cultural space while preserving its history and culture. In this regard, it has been considered a prime example of a successful urban regeneration project, and “Samsung SMART Signage” has played an important part of this transformation.

Delivering vivid images of lights inside the cave

Around the entrance of Gwangmyeong Cave crowded with visitors, a giant display draws more attention than all. The outdoor display turning heads? One that is 5.01m wide and 2.85m high and composed of a total of 9 outdoor Signages among the Samsung SMART Signage lineup. Gwangmyeong-si installed this display as a window through which visitors can take a look around Gwangmyeong Cave, a large cave theme park. This display can be referred to as the face of Gwangmyeong Cave welcoming visitors first. On the large screen of “Samsung SMART Signage,” visitors can see information about various events, performances and exhibitions. “Samsung SMART Signage” with a built-in WiFi feature that allows you to easily change the screen and content from a mobile device, making management more efficient. Its high-definition finish allows visitors to take a vivid look around the major spaces of Gwangmyeong Cave before they have even entered it. A visitor said, “It features such beautiful images of the cave that I was really looking forward to getting inside, and it didn’t disappoint.” 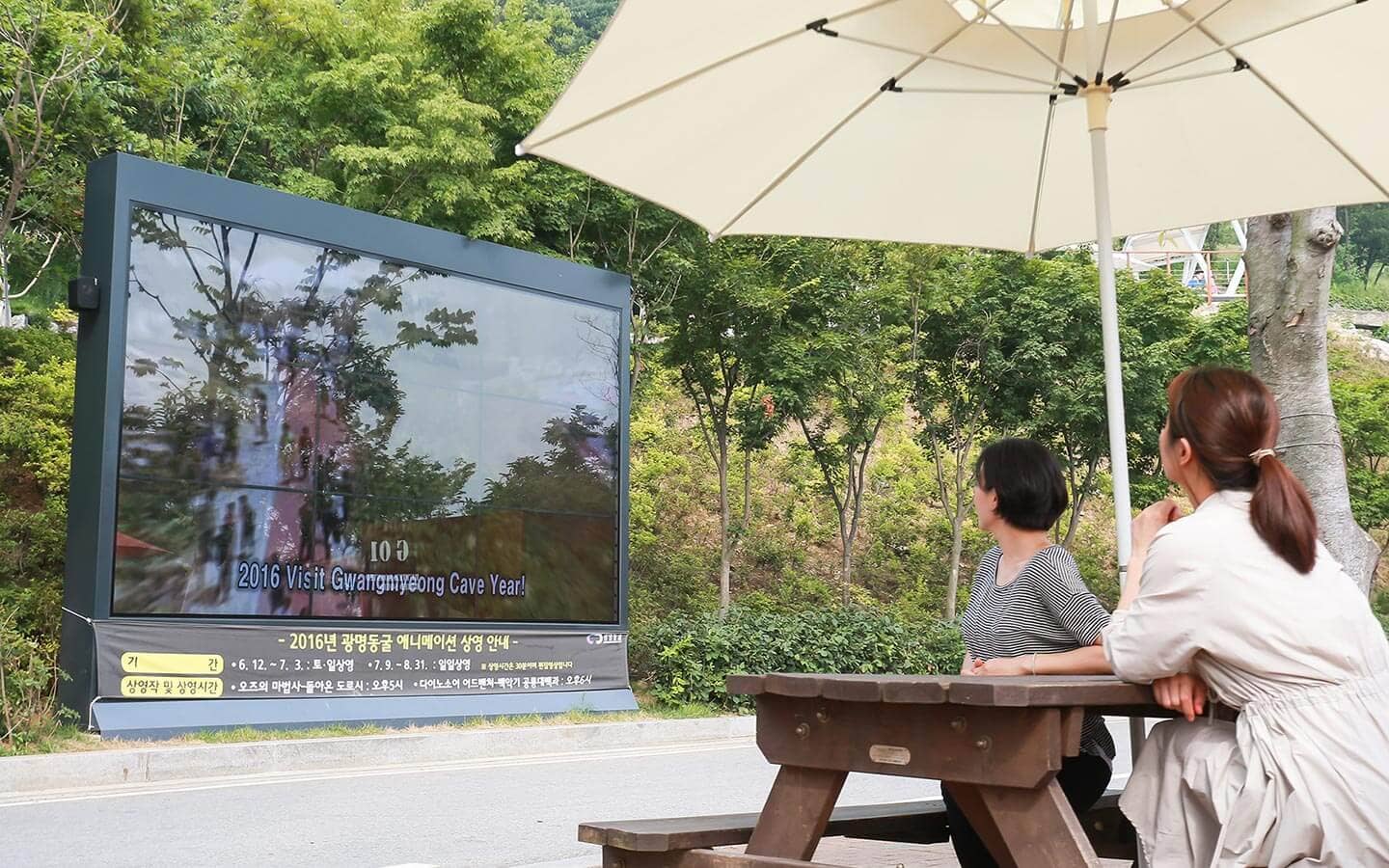 In Gwangmyeong Cave, there are a number of spaces that emit beautiful lights in a dark cave, which gives you the fun feeling of traveling through a fantastic world. Gwangmyeong Cave holds various exhibitions using light and darkness, including the “Light Space,” a space for an art project with the subject of light in the darkness and the “Fantasy Weta Gallery,” where there is a mysterious dragon made of light and darkness. All this makes Gwangmyeong Cave a place where you can have sensuous experience. “Samsung Smart Signage” is suited for promoting various experience spaces and events in Gwangmyeong Cave. 2,500 nit brightness delivers greater visibility outside, and helps express the exact colors in any weather or under any external conditions. It also has an Auto Brightness sensor that automatically regulates the brightness of the display according to the time of the day and the surrounding environment. A bright and clear display that can be used around the clock delivers the vivid view of the cave to visitors waiting for entrance, making visitors excited. You can connect multiple kit-type “Samsung SMART Signages” to customize the display as a video wall according to the characteristics and size of the space. When it comes to Gwangmyeong Cave, a total of 9 Signages have been used for the display so that visitors in the nearby outdoor cafe can watch the screen. 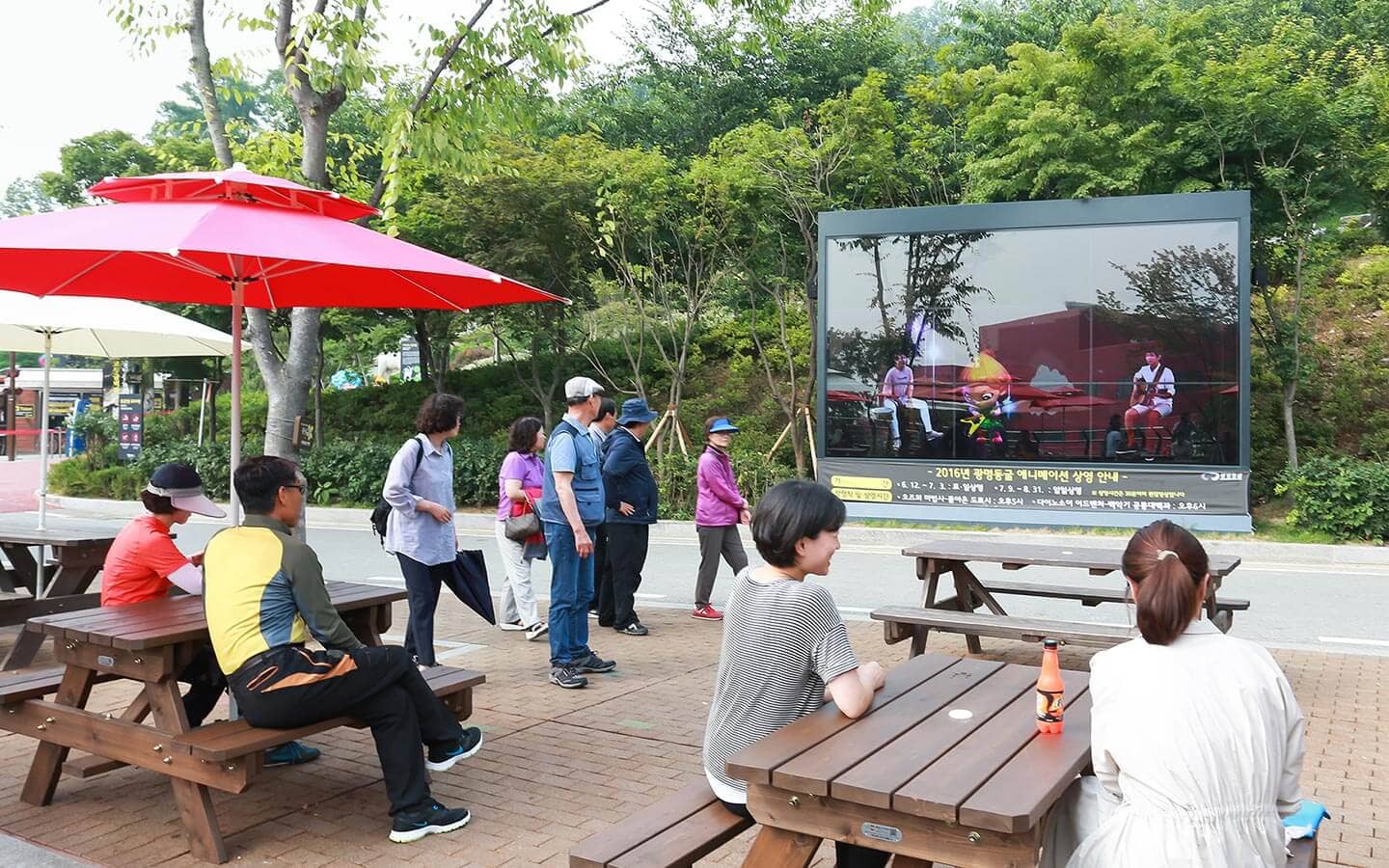 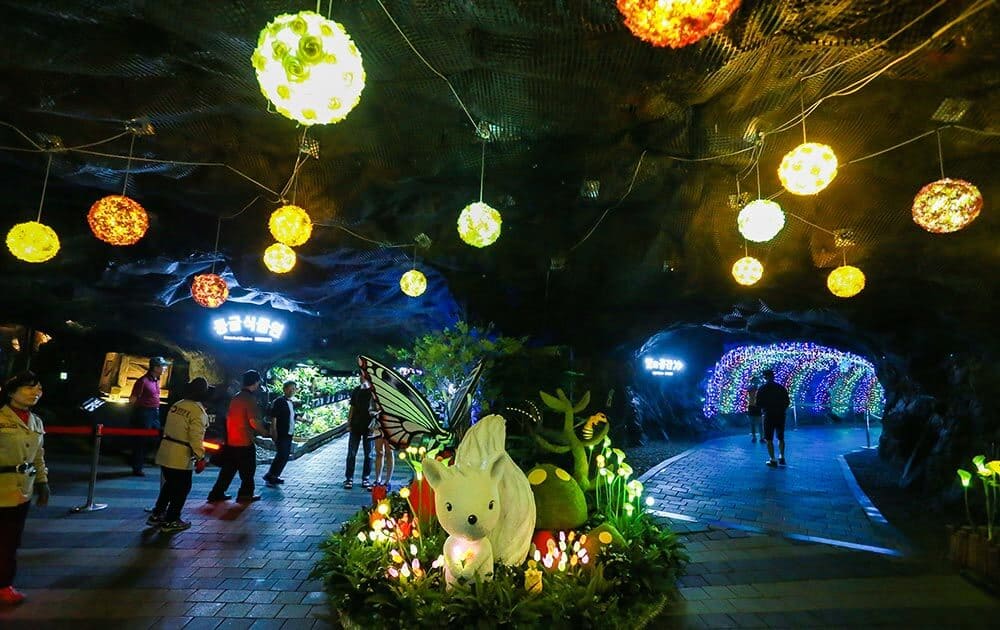 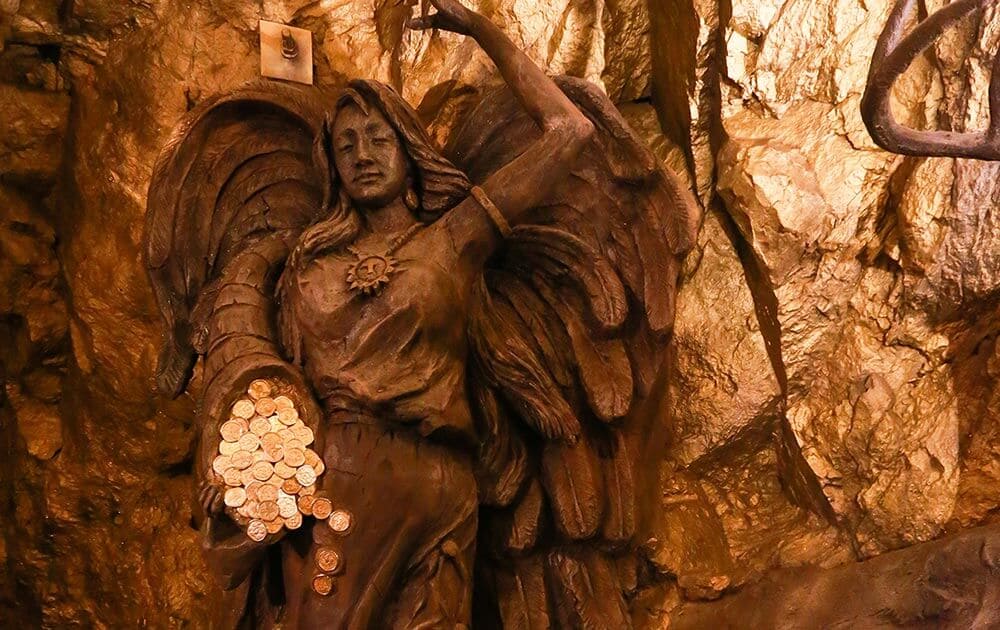 Gwangmyeong Cave, at the forefront of art and culture creation in Korea

Gwangmyeong Cave holds major events and exhibitions, establishing a solid foundation as a complex cultural art space. Gwangmyeong Cave is well received by visitors as a place for performances and exhibitions with original concepts including the Cave Art Center with 350 seats; the Golden Paths, where visitors wish for good health and happiness; the Golden Waterfall, which is 9m high and 8.5m wide and has a flow of 1.4 tons of water per minute; and a modern history museum that tells the history of Gwangmyeong Cave. In 2016, Gwangmyeong Cave held an exhibition for France’s Lascaux Paleolithic cave paintings on the UNESCO World Heritage list for the first time in Asia, establishing itself as the leading space for the creation of culture and art not only in Gyeonggi-do, but also more widely in Korea.