Digital Signage, which is called the fourth medium after TV, Internet, and mobile, is emerging as a new communication medium in the digital era. Little wonder then that the market has been enjoying a period of explosive growth. Indeed, Korean digital signage market is showing an annual average growth rate of 23% (ETRI, Electronics and Telecommunications Research Institute), and was worth an estimated 2.55 trillion won as of the year 2016 (Ministry of Science and ICT). Now, we meet diverse digital signage in many parts of our daily lives from subway station to bus stop to elevator. As digital signage has come into popular use, a great deal of attention is being paid to various solutions to deliver content in a differentiated way. Among those solutions, “Samsung SMART Signage,” which KT has adopted and installed in the transfer passageway of Gangnam Station, is particularly eye-catching as it shows interesting and vivid advertisements across two screens seamlessly

Gangnam Station has one of the largest floating populations of any station in Seoul. But, walk the streets and the first thing you may notice is the fierce advertising war going on using digital signage. To win, companies need the ability to make real-time updates to digital signage products, content and solutions.

Giving off a stunning impact in transfer passageways 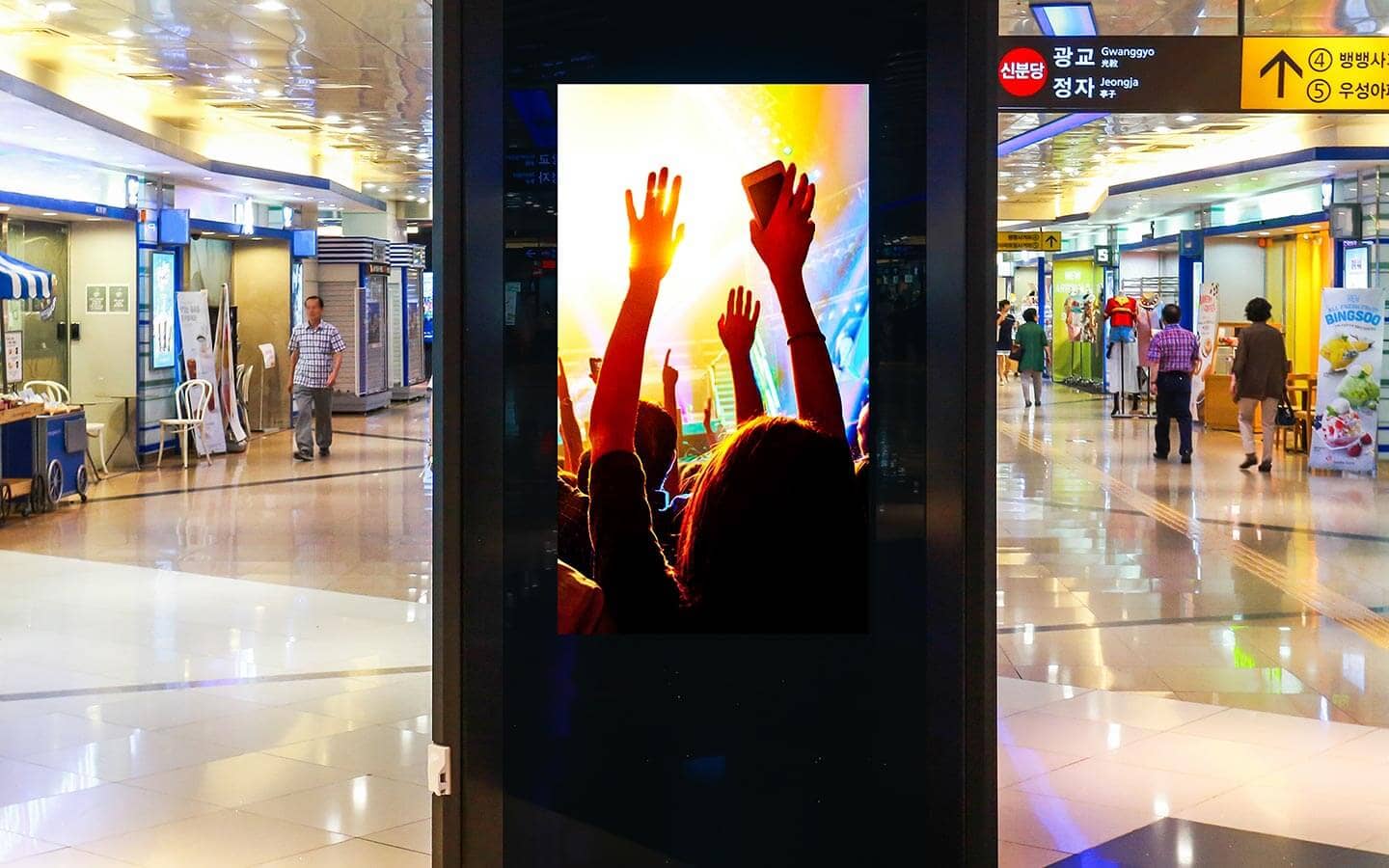 KT considered the special characteristics of the transfer passageway, where people pass through fast, to choose a product that has the widest viewing angle. This is why KT adopted “Samsung SMART Signage.” A total of 134 “Samsung SMART Signages” installed on the four sides of square pillars simultaneously display content, naturally exposing advertisements to passers-by. Plus, the signages are installed 150mm higher than the previous products that were installed at around 1,500mm from the ground, allowing people to look at the whole screen at a glance. Advertisements that play simultaneously on the screen help engage people. “As advertisements are simultaneously played on brighter and clear displays, they always catch my eye on my way to work,” said an office worker who passes through the transfer passageway on her daily commute. 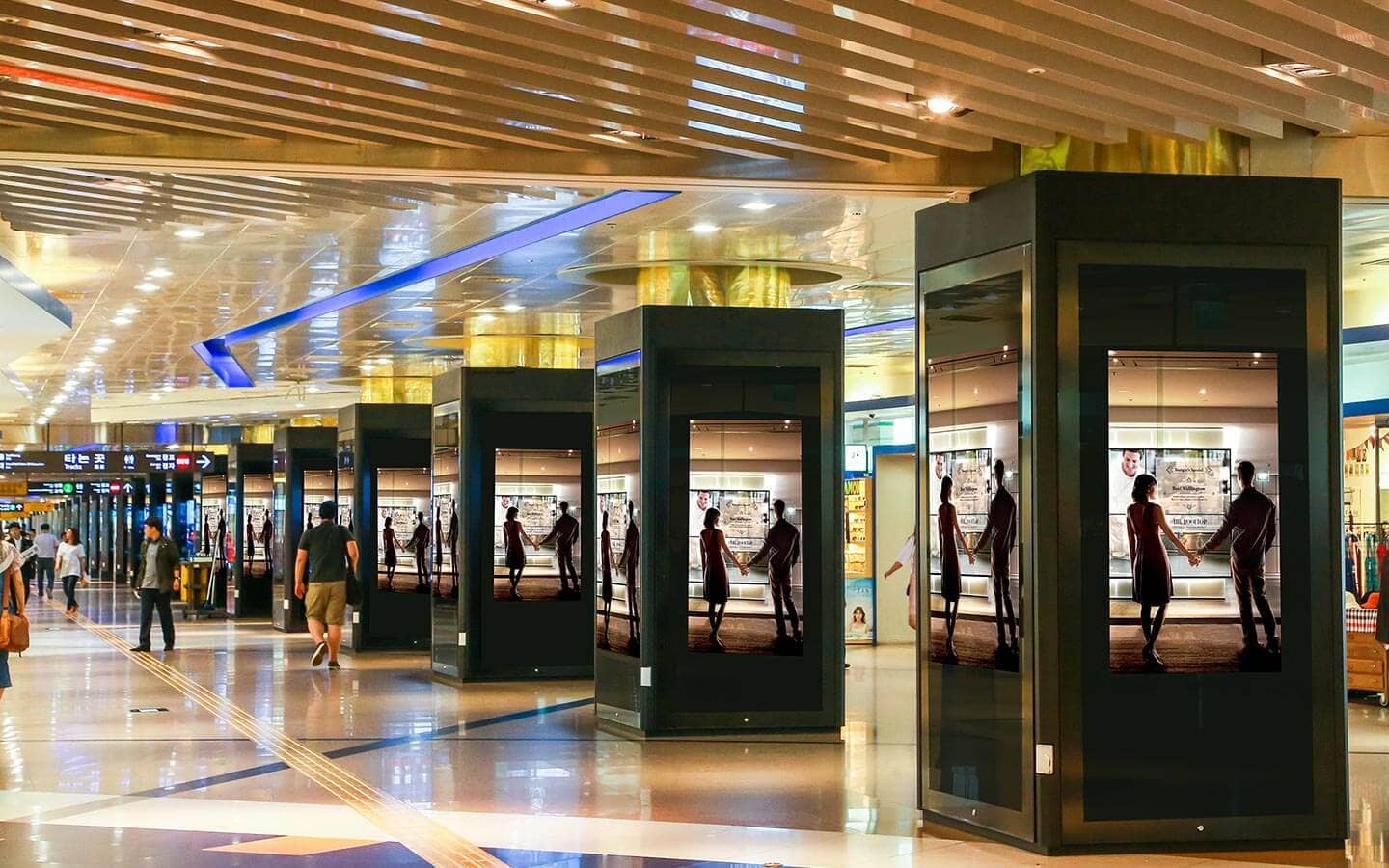 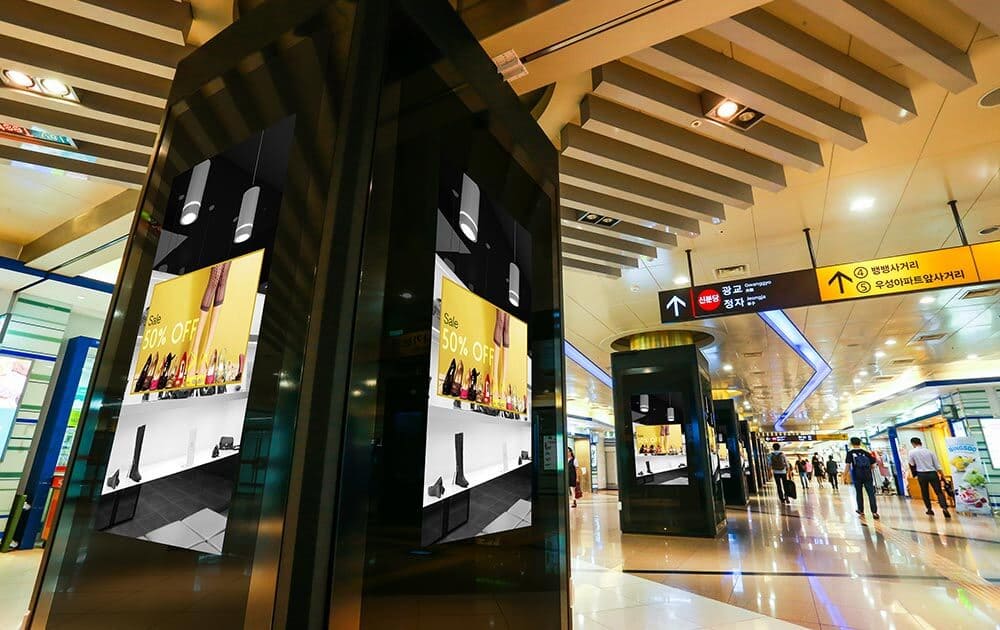 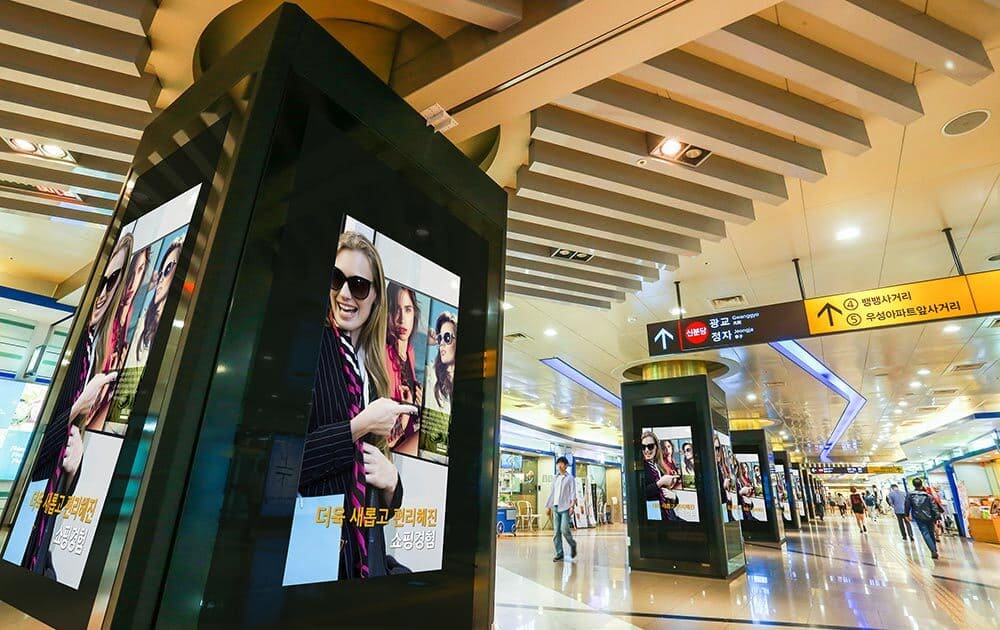 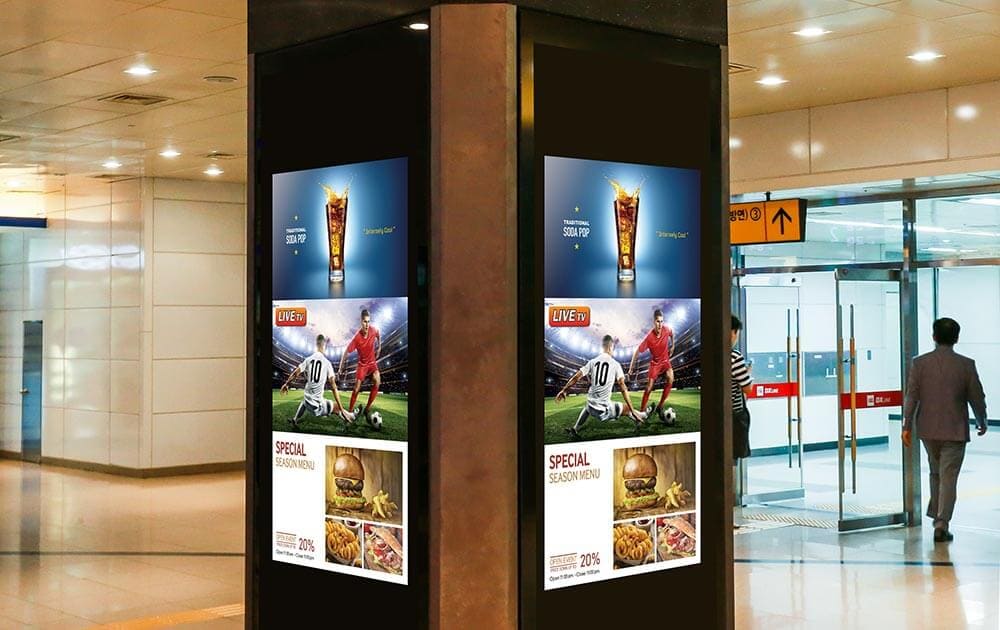 Samsung SMART Signage supports various convenience features to help overcome the poor conditions of the subway transfer passageway with a pivot feature that allows for the rotation of the screen in the portrait or landscape position, you can install the screen in portrait position, which is suited for the square pillar. In addition, the screens are suited for long-time use, even in the underground space, thanks to the strong durability that makes it possible for them to be used for 16 straight hours a day. It is cost effective as well. With “Samsung SMART Signage,” you can reduce the TCO because it is equipped with essential features as digital signage with reduced errors along with economical installation costs and greater energy efficiency. “Many advertisers are satisfied with “Samsung SMART Signage,” to which we can apply the latest solutions, because it helps to deliver advertisements in a differentiated way,” said an official from KT. who manages content for the “Samsung SMART Signage” in Gangnam Station of Sinbundang Line.